Patrick Ulman and Zdeněk Kremláček are two members of a dancing duo called the Hybrids Crew.

They teach and propagate their unique dance style and culture in dancing academies and groups, where they bringing up a new generation of electric boogie dancers. Their dance style imitates supernatural creatures. Characters which portrays ilusions of unbelievable dance creations and always catch the viewer´s atention. The dance is a very amusing form of body movement made by help of few techniques. It creates the ilusion of robot, mime, puppet, toy, animal or cartoon character. Electric boogie / robot are one of the most popular styles of street dance, loved by viewers and also dancers. 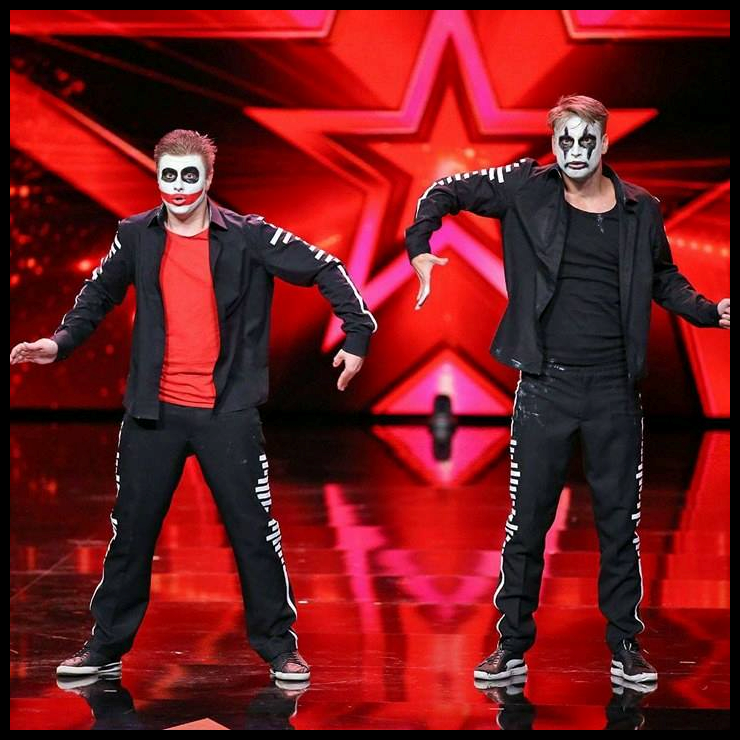 In 2010 the Hybrids crew had their debut on commercial scene, when they made it into the final of the show Talentmania. Patrick and Zdeněk also are performing as choreografers. They are authors of many choreografies for plenty of dance groups and competitions like The girl of a year, Miss Reneta Miss Aerobic, or created choreography in the Moravian silesian national theatre.

The Hybrids crew duo has started to form on a conservatory of Leoš Janáček in Ostrava, Czech Republic.
They both met there, while studying dancing. Together they started performing on stage in 2009.